Dean Wade agrees to an extension with the Cavaliers – TalkBasket.internet

By Chris Foy For Mailonline

Finn Russell believes that French clubs are eclipsing their English rivals in Europe because of the competitive edge created by the threat of relegation – at a time when the Premiership is ring-fenced.

Three teams from the Top 14 league have reached the semi-finals of this season’s Heineken Champions Cup, including Russell’s Racing 92 from Paris, while the English contingent have been knocked out. There was the same, one-sided balance of cross-Channel power last season.

While a lot of the focus has been on how a reduction in the salary cap is impacting on the Premiership challenge in the continent’s pre-eminent event, Russell highlighted the relegation factor, in the aftermath of his side’s quarter-final victory over Sale last Sunday.

Finn Russell believes French clubs are eclipsing their English rivals in Europe because of the competitive edge created by the threat of relegation, which isn’t present in the Premiership 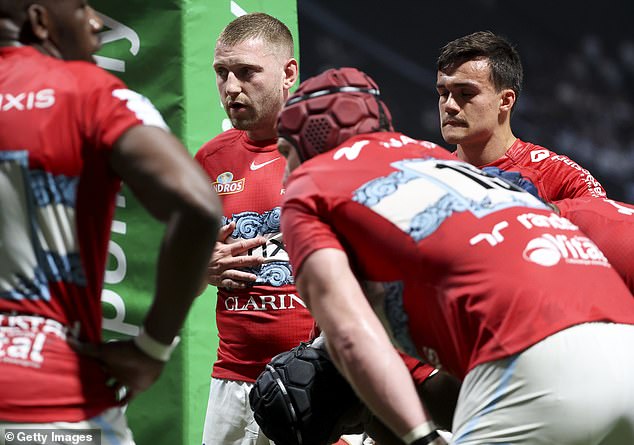 Three teams from the Top 14 league – including Russell’s Racing 92 –  reached the semi-finals of the Heineken Champions Cup, out-performing the contingent of English sides

‘There are never any easy games here,’ said the Scotland fly-half. ‘Every game, you have to play your best to win. This year, we’ve lost to Biarritz and Perpignan, who are at the bottom of the league.

‘That just shows that whether teams are high up or low down, every game is massive. Every week you are playing in a must-win game because if you drop two points, it puts you in a tough position. That’s great thing for us.’

The top division here has been scarred by some jarring, blow-out results this season.

Bottom-placed Bath – without the spectre of relegation to galvanise them – have endured a series of heavy defeats, culminating in a recent 64-0 rout at the hands of West Country rivals Gloucester. 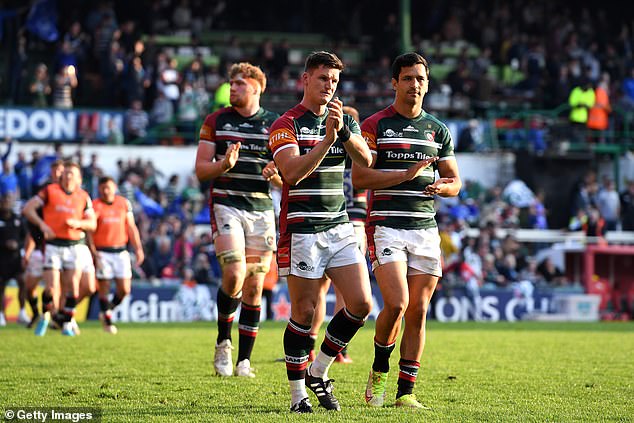 Meanwhile, the English contingent including Leicester Tigers have all been knocked out

Contrasting that to the scenario in France, Russell added: ‘In the Premiership just now, there’s no relegation.

‘Over here, teams are scrapping at the bottom because they want to stay in the Top 14.

‘Whether they’re at home or away, it makes games much harder. They will do everything they can to stay up.

‘For me, playing at Racing, we’re not down at the bottom, but when you play those teams they are fighting as hard as they can so the level of games over here is great – great but tough.’ 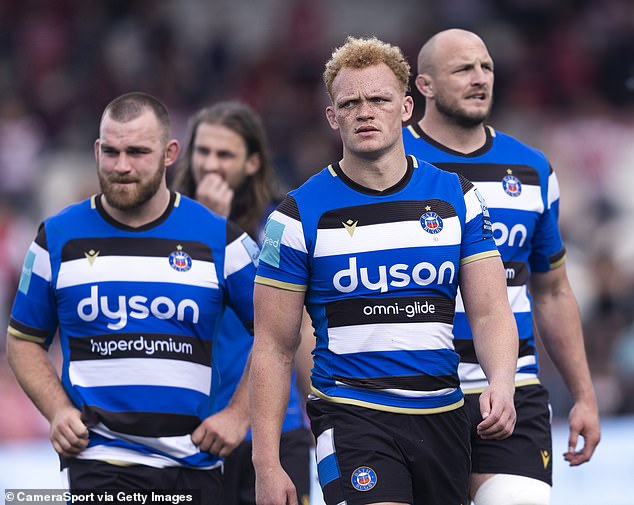 Bottom-placed Bath, not at risk of being relegated, have endured a series of heavy defeats